In this post, we will take a look at some useful words you can learn to describe the food you eat in Chamorro. Maybe you’re eating a meal and you want to compliment and describe how some of the food tastes. The following are some basic adjectives we use to describe flavors.

In English, 5 basic tastes we use daily to describe food are: Sweet, Spicy, Bitter, Sour and Salty.

Here’s how to say and use each of these words in Chamorro:

The Chamorro word mames is used describe something “sweet.” You can use this word to describe fruits or desserts.

Mames i kek.
The cake is sweet.

Pika is the Chamorro word used to describe something “spicy.” You can use this word to say that your fina’denne’ is too spicy, because you added too many chili peppers. If you’re not into spicy, you may want to stay from the Chamorro dish kaddon pika.

Mala’et is how you say “bitter” in Chamorro. You use it to describe your coffee or maybe certain vegetables.

Ma’aksom is the Chamorro word for anything that’s “sour” or “tangy.” You may use this to describe citrus fruits or pickled foods.

Ma’asen is the Chamorro word for “salty.”

Other Useful Adjectives to Describe Food

Here are more useful words you can use to describe how food tastes, smells, feels and more!

END_OF_DOCUMENT_TOKEN_TO_BE_REPLACED

Chamorro Vocabulary for Things Around the House

Kuåtton i Gima’ Siha – Rooms of the House

Kosas i Kuåtto – Things of the Room

Names of the Rooms in a Chamorro House

The kusinan sanhiyong, or outside kitchen, is a common and significant feature of Chamorro homes. The kusinan sanhiyongis a necessary addition to all Chamorro homes for the reason that the traditional kitchen inside lacks the space required to prepare huge quantities of food. A typical Chamorro household will often be required to prepare food for a fiesta, a lisåyu*, or regular gupot** like birthdays or christenings. Preparing food in large quantities takes a significant amount of labor, and oftentimes this requires the help of many family members.

END_OF_DOCUMENT_TOKEN_TO_BE_REPLACED

How to say “beautiful” in Chamorro?

When saying that someone is beautiful, you would say bunita for females and bunitu for males.

NOTE: The word bunitu , from Spanish bonito, is often used as a general term to describe things as beautiful or pretty. When saying that a performance or movie was great or nice, it is often referred to as being bunitu. Chamorro musician K.C. DeLeon Guerrero’s sings how the day is beautiful in his song Bonito na Ha’ane.

Bunitu na movie i Braveheart.
Braveheart is a good movie.

Bunita hao.
You are pretty.

When describing places or settings, you can also use  gefpå’go, which means the same thing as bunitu. The word itself tends to be used to describe places and things.

Ya-hu iya Hawaii, sa’ gefpå’go na lugat.
I like Hawaii, because it is a beautiful place.

END_OF_DOCUMENT_TOKEN_TO_BE_REPLACED 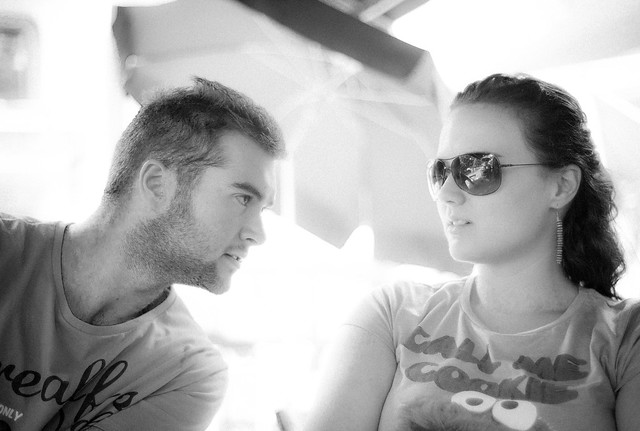